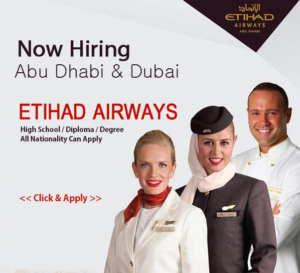 The carrier works more than 1,000 flights for each week to more than 120 traveler and freight destinations in the Middle East, Africa, Europe, Asia, Australia and the Americas, with an armada of 122 Airbus and Boeing air ship as of March 2016. In 2014, Etihad conveyed 14.8 million travelers, a 22.3% expansion from the earlier year, conveying incomes of US$7.6 billion and net benefits of US$73 million. Etihad Airways is the third biggest carrier in the Middle East and it is the second biggest aircraft in the UAE.In just shy of 12 years, we have extended our worldwide system to reach more than 100 business destinations in 66 nations